Precise Note on Dysplasia and Cervical Dysplasia in Histology 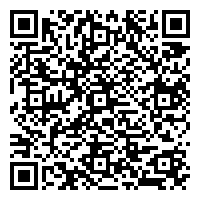 Precise Note on Dysplasia and Cervical Dysplasia in Histology

Dysplasia refers to the improper growth or development of cells (on a microscopic size) or organs (on a macroscale), as well as the aberrant histology or anatomical structure that results from such growth. Epithelial dysplasia and fibrous dysplasia of bone are two dysplasias that are mostly microscopic. Hip dysplasia, myelodysplastic syndrome, and multicystic dysplastic kidney are examples of dysplasias on a macroscopic scale.

Dysplasia is distinguished from other kinds of tissue alteration, such as hyperplasia, metaplasia, and neoplasia, in one of the modern histopathologic definitions of the term, and dysplasias are generally not malignant. The myelodysplasias, on the other hand, contain a variety of benign, precancerous, and malignant forms. Several additional dysplasias are precancerous. As a result, the word’s definitions encompass a wide range of histopathologic variants.

Cervical dysplasia is a precancerous disorder in which abnormal cell growth occurs on the cervix’s surface lining or endocervical canal, which connects the uterus and the vaginal canal. Cervical Intraepithelial Neoplasia is another name for it (CIN). Cervical dysplasia is more common in women under the age of 30, but it can occur at any age. It is strongly linked to sexually transmitted Human Papilloma Virus (HPV) infection.

Cervical dysplasia is frequently asymptomatic and is found by a standard Pap test. Women with cervical dysplasia who receive proper follow-up and therapy have a very good prognosis. Women who go untreated or who don’t get the care they need are more likely to develop cervical cancer.

Mild cervical dysplasia can sometimes resolve on its own, requiring just careful observation and follow-up Pap tests. Cervical dysplasia that is moderate to severe, on the other hand, usually necessitates treatment to remove the abnormal cells and lower the risk of cervical cancer. Mild dysplasia that has been present for more than two years may also be addressed.

HPV is identified in cervical cells in many women with cervical dysplasia. HPV infection is widespread in both men and women, with sexually active women under the age of 30 being the most affected.

Epithelial dysplasia: Epithelial dysplasia is characterised by an increase in the number and position of immature cells (such as ectoderm cells) and a reduction in the number and placement of mature cells. Dysplasia is frequently a sign of a neoplastic disease in its early stages. When the cellular abnormality is limited to the originating tissue, as in the case of an early, in-situ tumour, the word dysplasia is commonly employed. Metaplasia, in which cells of one mature, differentiated type are replaced by cells of another mature, differentiated kind, contrasts with dysplasia, in which cell maturation and differentiation are delayed.